In October 2009 we purchased an old living wagon. Dated around the 1920’s, it had been used as a Shepherd’s hut on a farm in West Sussex, and then the farmer’s children had used it as a playroom back in the 1960’s. The pictures show the hut being moved from the farm to our workshop for restoration work.

The journey from the Northchapel farm through Petworth, across to Midhurst passing another ruin (Cowdray) and 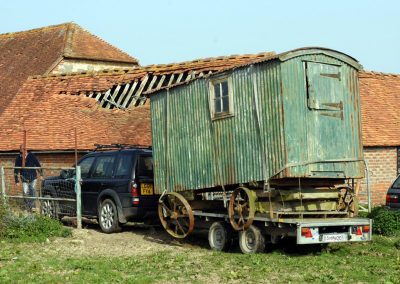 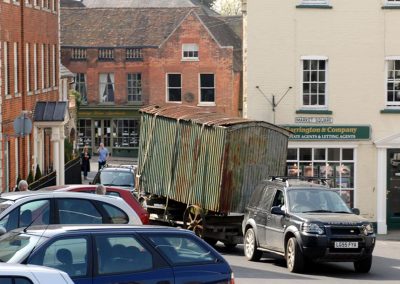 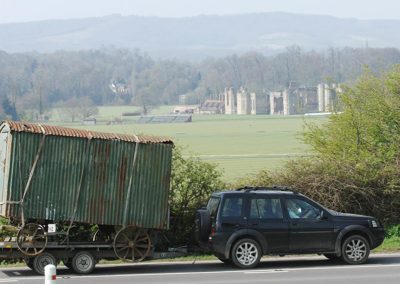 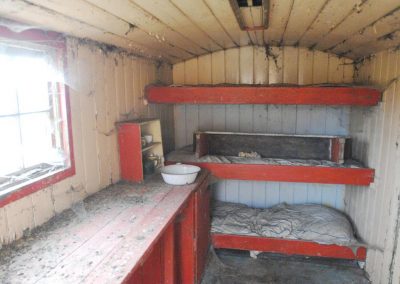 back to our workshop in Charlton ran smoothly, thanks to the help of Peter the farmer and Chris Duncton.

Work to restore the hut was due to start in early Spring 2010, but nature had other ideas! A blackbird had made its nest inside, above the old birdcage. The door had been left open just enough to let the bird fly in and out, creating a perfect bowl shaped nest for four eggs. Six weeks later three little birds had fledged but there was still one left who could not quite leave his cosy room despite anxious calls from his parents. Eventually a few taps on the window encouraged him to join his fellow siblings.

The walls and most of the floor were in good condition but the roof needed to be replaced, a good opportunity to raise the ceiling which also allowed Paul to work in comfort without a cricked neck! The hut had only one small window, which just needed a rub down and lick of paint. The end wall revealed there had been another one so Paul used a reclaimed window. A larger Georgian window was used which meant the hut not only became light and airy but gained lovely views. Oak was used to replace the rotting elm axels. The wheels needed a lot of time and attention but came up trumps. Curtains were from Biggie Best and made for us by Emma, a brilliant leather worker who works next door to us. Old chairs and cabinets were given a new lease of life and a simple neutral paint was used for the interior. The shepherd hut took a good three months to restore and rebuild. It’s so satisfying to see a dilapidated wagon, which would have eventually rusted into the ground come alive again and be used in modern day living.The Northchapel shepherd hut is now our showroom and a place we can escape the winter weather. 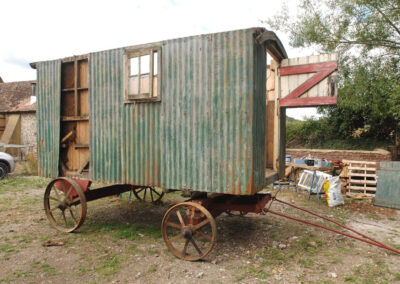 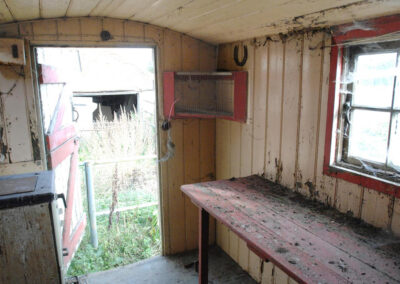 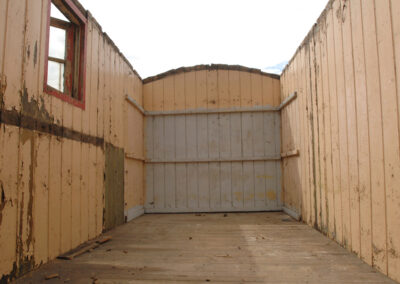 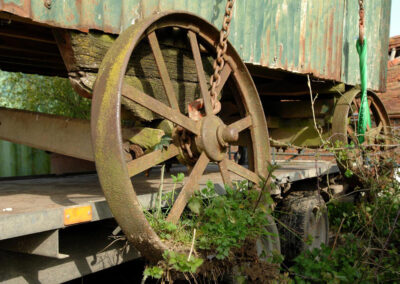 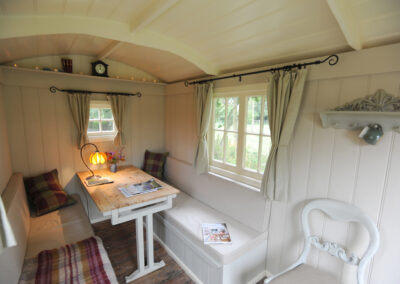 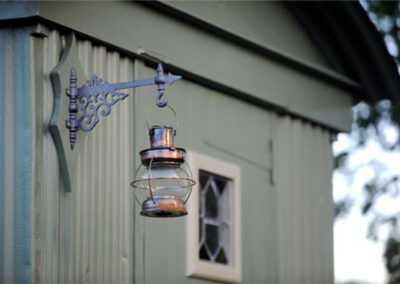 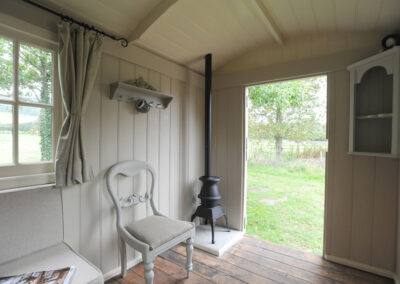 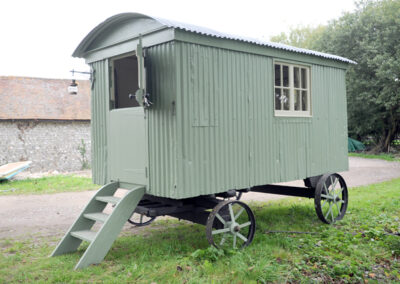 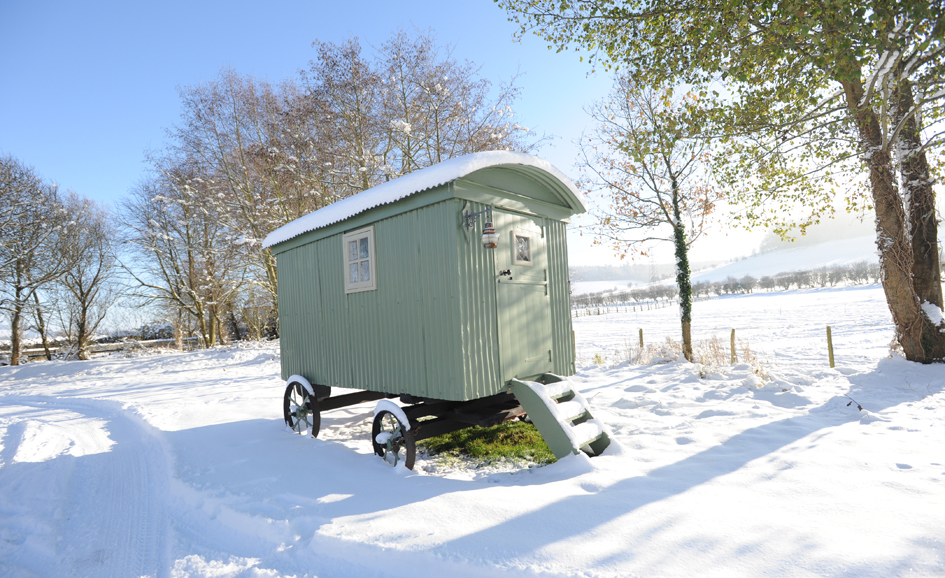